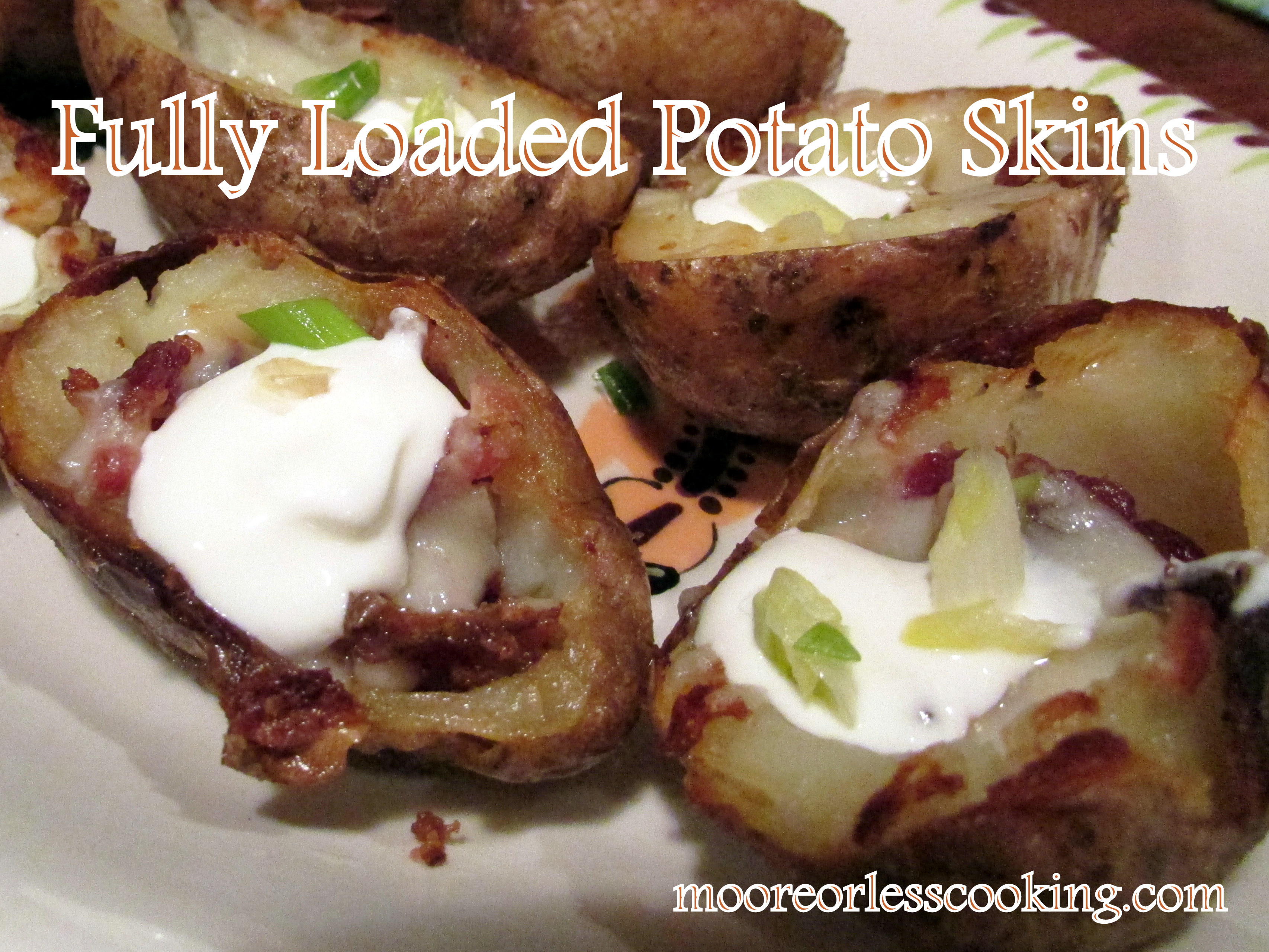 We loved ordering these for happy hour at our favorite pub in the Valley. Crispy Potato Skins with melted cheese and crisp bacon topped with sour cream and green onions. So I just had to make them for our Super Bowl appetizer dinner. Hubs always has our home stocked with bags of potatoes, so he was thrilled to see these on the menu. These disappear very quickly, so don’t worry about making too many!

Scrub potatoes clean and allow them to dry. With a paper towel (or just with your hands) rub the skin of the potatoes with 2 tablespoons canola oil so that they’re nice and moist.

Place potatoes on a baking sheet and bake until skin is crisp and potatoes are tender, about 30 to 40 minutes.

Remove the pan and allow to cool until you can handle the potatoes.

Cut potatoes in half lengthwise.
Scoop out the insides, leaving a little bit of potato in the skins.

Melt the butter with 2 tablespoons canola oil, then brush both the outside and the inside of the potatoes.
Sprinkle the inside lightly with salt.

Place potato halves face-down and return to the oven for 5 to 8 minutes.

Using tongs, turn the potatoes over and continue to bake until the edges of the potatoes start to turn golden brown.

Remove from oven. Sprinkle the insides of the potato skins with cheddar, then sprinkle on the chopped bacon.

Return to the oven long enough for the cheese to melt, about 3 to 4 minutes.

Recipe adapted from The Pioneer Woman

This post has been linked up to these fabulous blogs:

I know these are yummy. My mother-in-law was named Nettie. That is not a common name. Is it short for anything or is it Nettie?

Thank you Chaya, yes Nettie is short for Lynnette.