Being a city girl, born and raised in Los Angeles, and then transported to rural Maine, I enjoy learning about what is produced in Maine.

I was thrilled to be invited to spend the day at Open Farm Sunday in Warren Maine at the appropriately named Pleasantville Farm. It is more than a pleasant farm, it is ideal, for a dairy farmer and his family.

Despite the dreary weather, there was a tremendous turnout by the community, friends, neighbors, other local farmers, and family celebrating Open Farm Sunday.

Surrounded by rolling hills of farmland, this quaint Cabot dairy farm is owned by Scott and Martha who greet everyone with a hearty handshake and a huge smile.

I was thrilled when Scott asked me if I wanted a tour of his farm, he said his wife did a better job, but I thought it was just wonderful as we plodded behind him in the grassy mud, listening to the Heifers “moo” and greet us.

We began the tour with Farmer Carlson proudly inviting us into the milking room that he designed, where we were also greeted by his grandson and best friend, his elementary teacher, and husband.

His grandson began explaining what was done in the milking room with such enthusiasm, it made me misty eyed seeing this young boy with such a vast knowledge and confidence, having grown up on Pleasantville Farm and having helped work alongside his grandparents.

Farmer Carlson said that he set up this milking room so that he could be eye level with the cow. They milk 4 cows at a time.

The cows are brought in from the bar, they go into the steel pen, milking apparatus is placed on them.

Then the milk flows into the tubes directly into the stainless steel tank. Nothing touches the milk as it enters the tank.

The Cabot Creamery truck pumps the milk directly from the tank.

It takes one hour to milk 16 cows and they are milked twice a day, morning and evening.

They have 16 cows, Heifers. There are 44 cows on the farm and one prize bull. He is a very handsome boy.

They work 365 days a year. For Mother’s day, they replaced the old roof with a new one.

That was a celebration for them.

The milk goes into containers that Cabot Creamery takes to make cheese directly for the cream.

When I asked Farmer Carlson, what kind of cows did he have, he responded, “They are Heinz- 57’s!”

It took this city girl a couple seconds to get the joke! He meant they are the best cows! Mrs. Carlson met us and asked us if we would like to see the calf that was born early that morning. They appropriately named her, Sunday.

She was resting by her Mama and then decided to have a bit to eat. It was like something out of a movie, the way she moved and nestled into her Mama.

I felt my heart pitter patter as she laid down next to her Mama, so content. Only having been born hours before we arrived, nature amazes me.

We then stopped by where young Heifers were in a mini single shed just for them. Children and adults were happily petting the cows as they nuzzled with a head bent for a gentle rub.

Last fall, we visited the Cabot Creamery in Vermont and took the very extensive tour, watched a movie and tasted every cheese Cabot has ever produced.

I was in cheese heaven. Today, I witnessed behind the scenes of how Cabot Creamery gets their milk.

I was excited to taste the cheese today as well.

The local Girls scouts had a table set up with Cheesy Mac and Cheese in a slow cooker from the Cabot Creamery Cookbook, griddles full of grilled cheese and quesadillas.

Each Girl scout took a turn at slicing the cheeses and buttering tortillas and bread for guests to snack on.

Jenni is a Cabot staffer from another Cabot Farm, Flood Brothers Farm in Clinton, Maine whose vast knowledge of dairy farming impressed me.

Her family farm has 3200 cows, and she is a 6th generation dairy farmer living on a 200-year-old farm.

I was impressed by how hard working these farmers are and how much they love what they do.

They will tell you straight out that they love it! I believe that is the key to having a wonderful product and why Cabot Cheeses tastes so delicious.

My family and I have tried every type of cheese that Cabot has produced and we have our favorites.

We love the Bacon Cheddar, the Extra Sharp Cheddar and the Lamberton Vermont Cheddar.

Our favorite butter is hands down Cabot Creamery butter.

I really enjoyed visiting the farm and am already planning more trips out to other Cabot farms in my area.

I was so impressed by Farmers Scott and Martha Monroe with how happy and hard-working they and their family are.

I am convinced that it’s the dedication that produces an incredible product such as Cabot Creamery cheese.

Please leave me a comment and let me know if you have visited a farm, what your experience was? I would love to hear about it!

Nettie Moore is the cook, baker, photographer, and designer behind Moore or Less Cooking Food Blog. Nettie is a self- trained cook and baker. She loves creating easy recipes that don’t call for a lot of unknown ingredients. Nettie’s Blueberry Skillet Cake has been featured in Taste Of Home Magazine and her Peach Raspberry Pie has won awards! She was born and raised in Southern California and now lives with her artist husband. Follow Nettie on her blog, Moore or Less Cooking, or on FACEBOOK | TWITTER | GOOGLE+ | PINTEREST | BLOGLOVIN |INSTAGRAM| 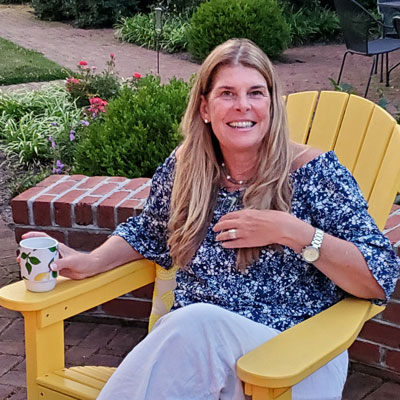